Added to wishlistRemoved from wishlist 0
Add to compare

Added to wishlistRemoved from wishlist 0
Add to compare
$189.90 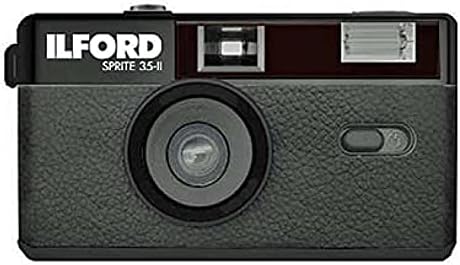 Camera Type: Ilford Sprite 35-II Camera meets the needs of people experimenting with 35mm film and looking for a camera that’s ‘no frills’ simple. It’s a step up from disposable cameras, and being re-usable, it won’t create extra waste
Lens: The camera has a fixed shutter speed (1/120s) with a 31mm, single element f/9 fixed-focus wide-angle lens, perfect for capturing most well-focused daylight scenes
Built-In Flash: It also features a built-in flash with a 15-second recycle time for night time shooting
Film Compatibility: Users can load the Sprite 35-II with their favorite film, whether its color negative or black and white, allowing them to capture quick snapshots or moody monochrome scenes
Film Handling: The camera has a manual film advance winding lever to move through each exposure and rewind the roll when the film is finished

There are no reviews yet.